Donetsk, Oct 20 – DAN. Bouncy music woke up the OSCE SMM members in Donetsk this morning, as the rally against the mission's lack of actions entered its sixth day. The protesters, who set up tents a couple of days ago outside the Park Inn hotel at the Pushkina Blvd where the mission is based, started the day with a morning exercise and then wrote "OSCE, your blindness is someone's death" in front of the hotel.

The inscription is covered with a fluorescent tape to glow in the dark. The situation is calm, participants of the rally have brought a field kitchen and hot tea."Nothing changed over the night," Lyudmila Kosharnaya, representative of the rally leaders, told DAN. "The members of the mission do not contact us. This morning, as usual, they have been smoking, drinking their coffees, filming with smartphones. I suppose they are OK with everything what is happening."

The protests assembled outside the Park Inn hotel blocking its exits on October 15 following the October 13 abduction of an LPR officer in the JCCC by an armed Ukrainian reconnaissance squad in the "grey zone" of the Zolotoye settlement. 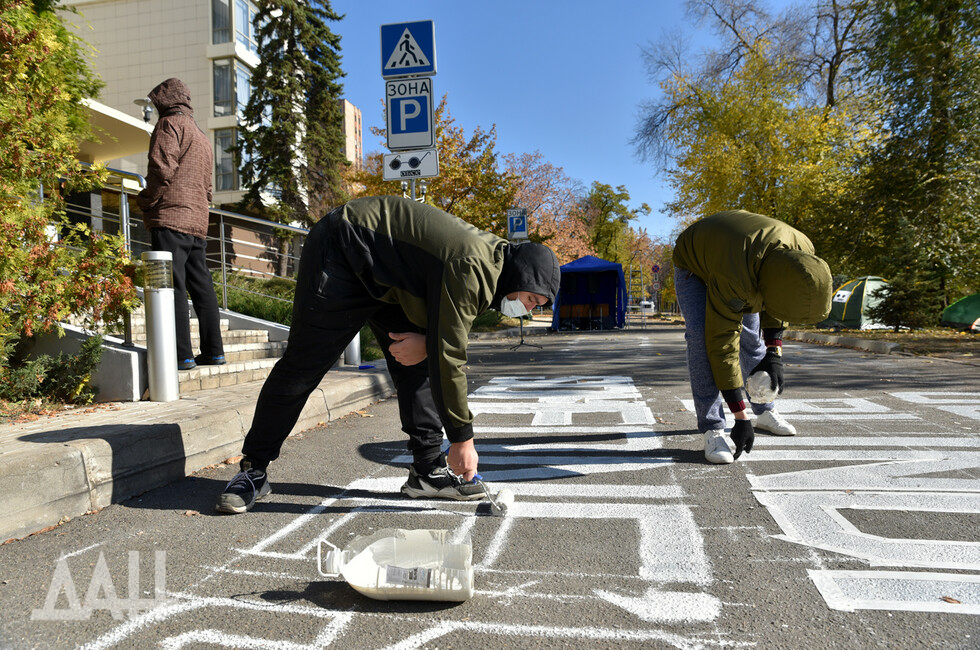 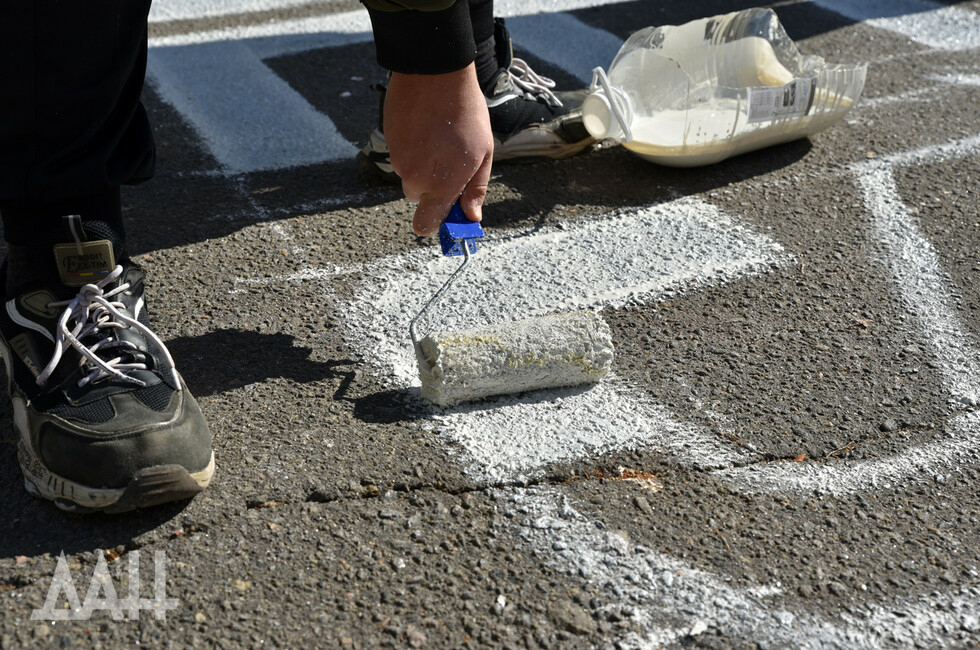 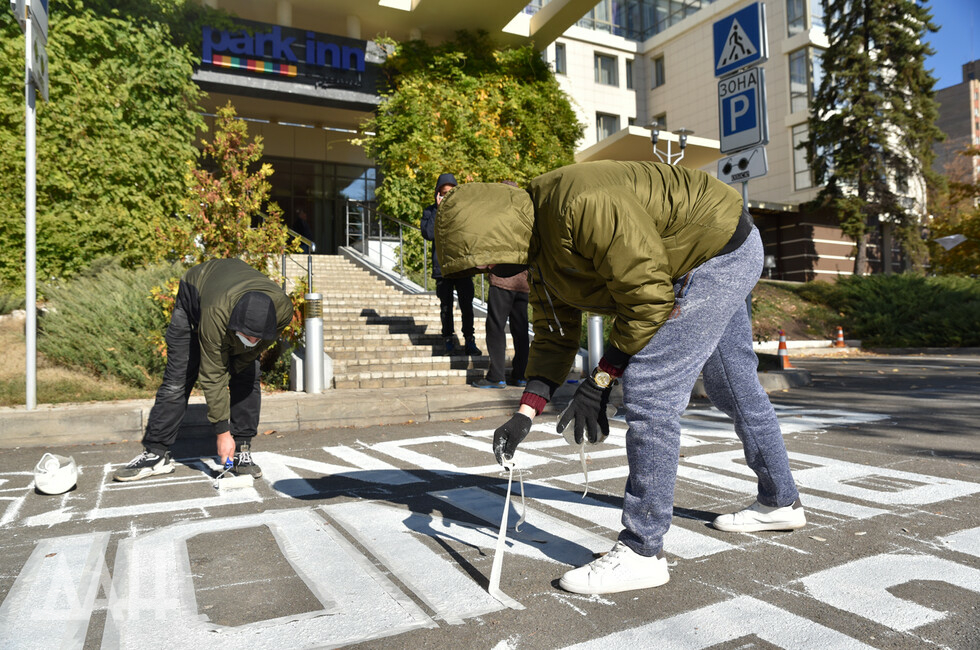 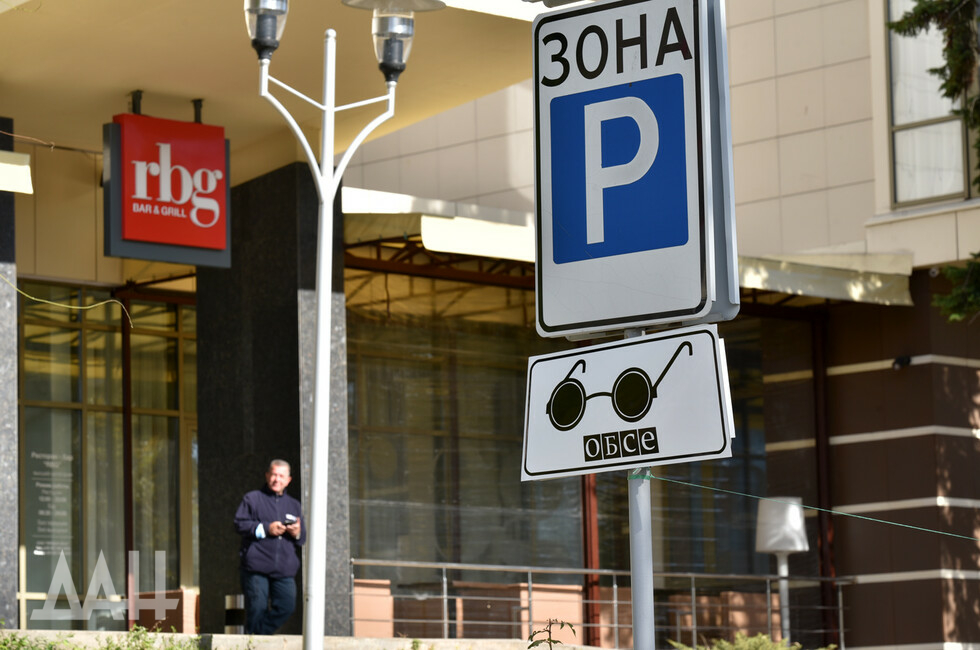 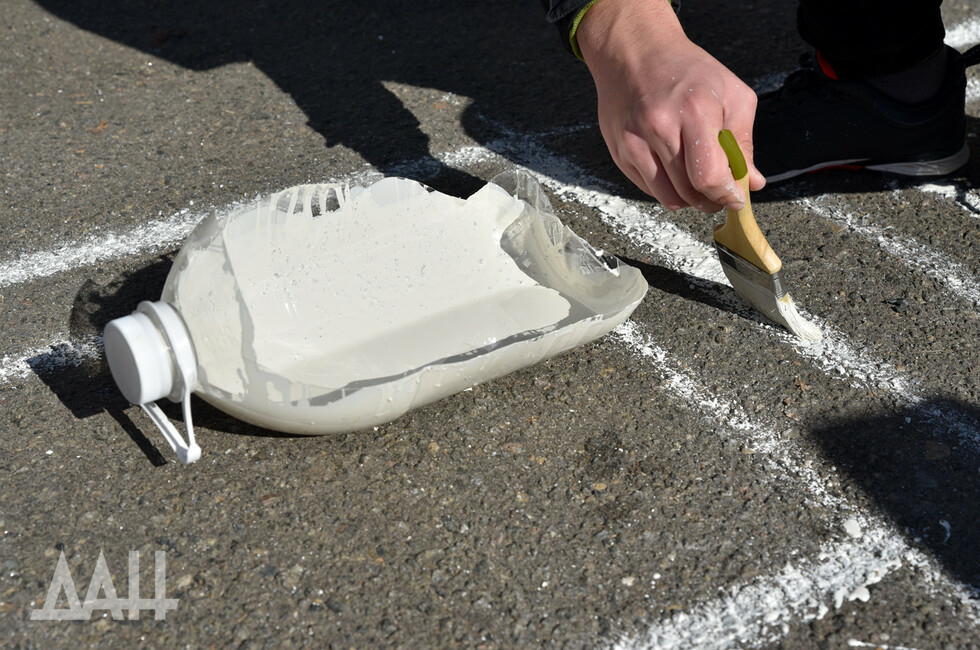 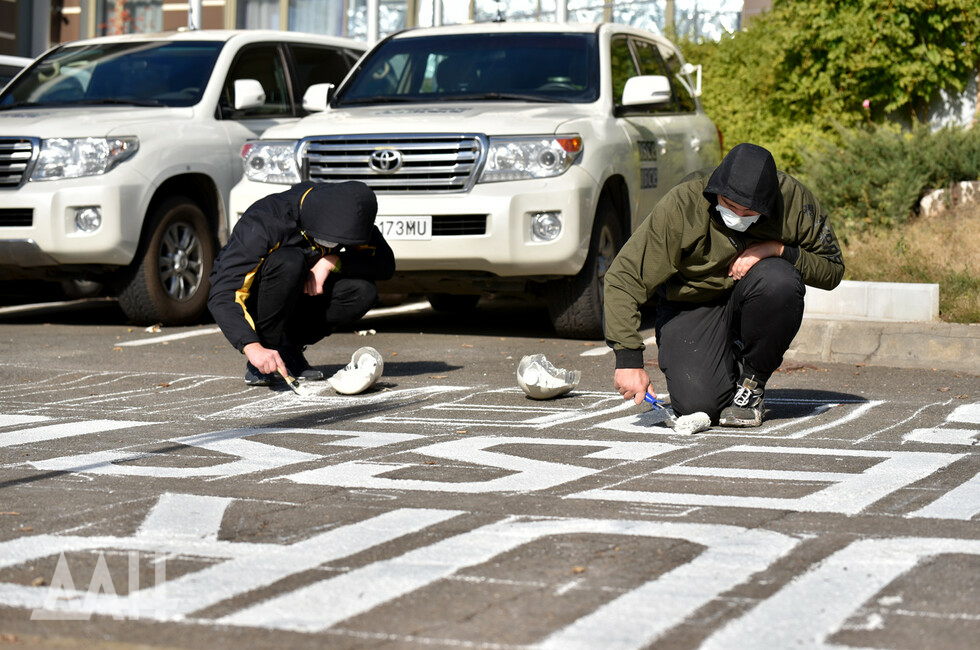 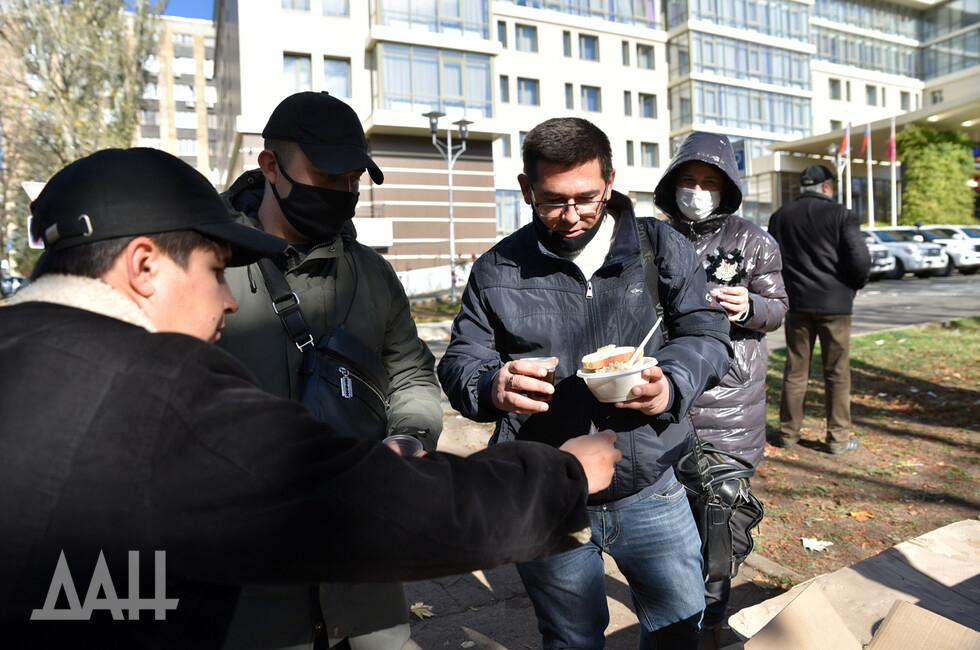 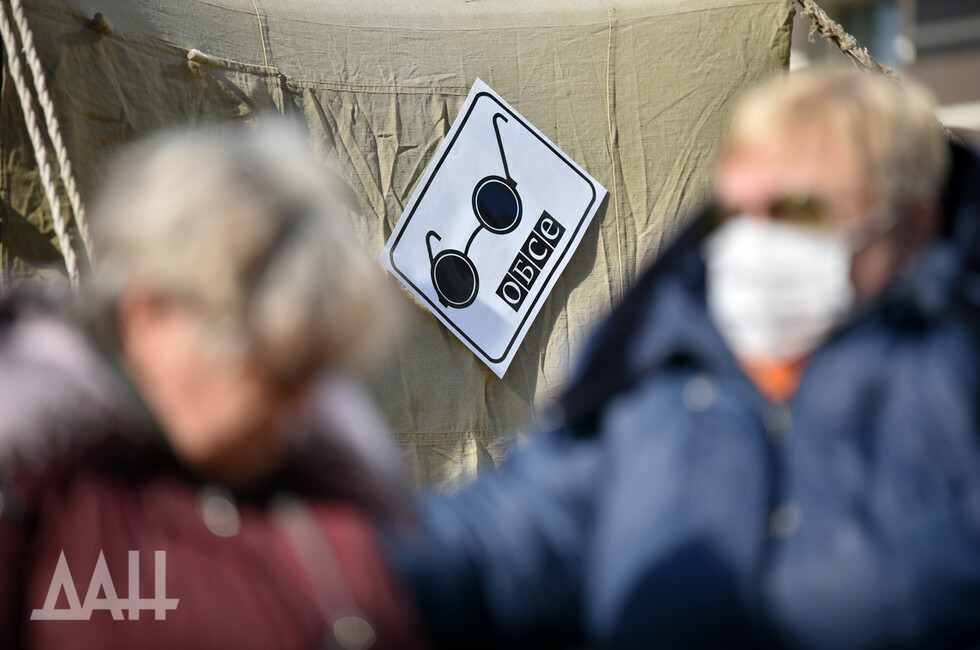 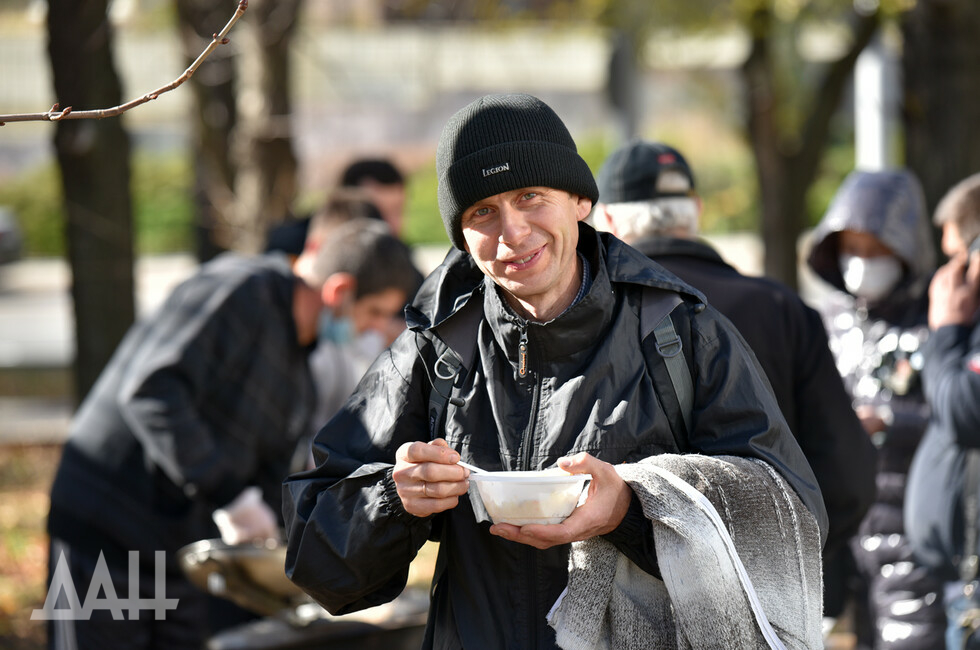 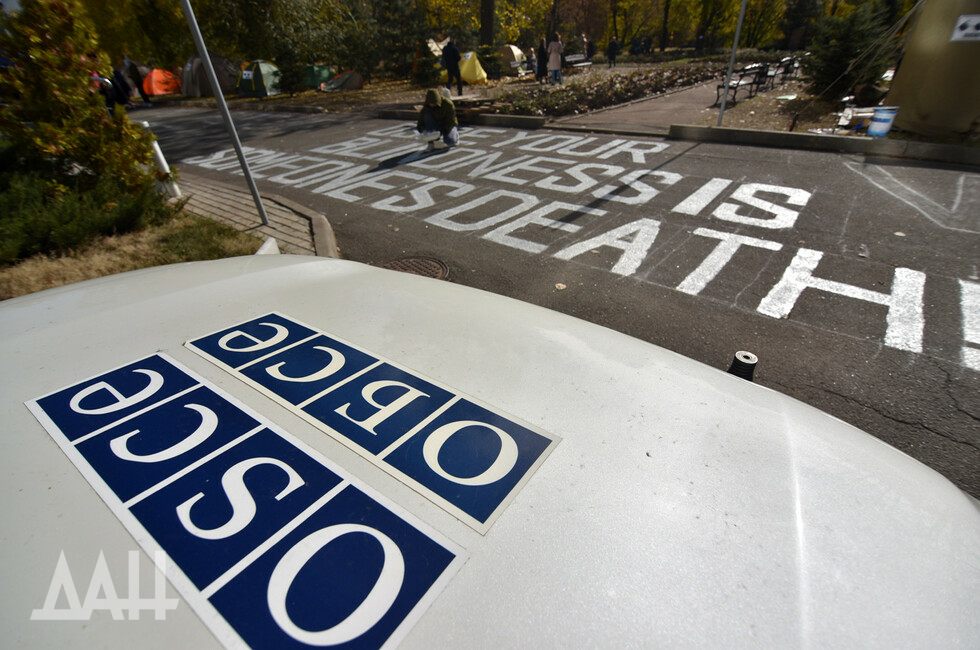 Protesters say that the SMM has relinquished its duty to assess the incident, having endangered the entire system of communication of the conflicting sides and, consequently, the security situation in the area.

"We are sick and tired of the Ukrainian armed forces," "Ukrainian army and security services kill and capture people," "We demand freedom!" read the signs that protesters hold in front of the SMM office.

Blind-person road signs with the OSCE insignia have been placed on some tents.*ot