Donetsk, Jan 17 — DAN. Donetsk People’s Republic Emergencies Ministry personnel have been clearing the rubble of the retail and office building in Donetsk’s Kalininsky district since Monday morning when it was hit by Ukrainian artillery fire.

Dozens of rescuers and special-purpose equipment are involved in the cleanup. Three floors of the building collapsed and a two to three-meter deep crater formed at the impact site. 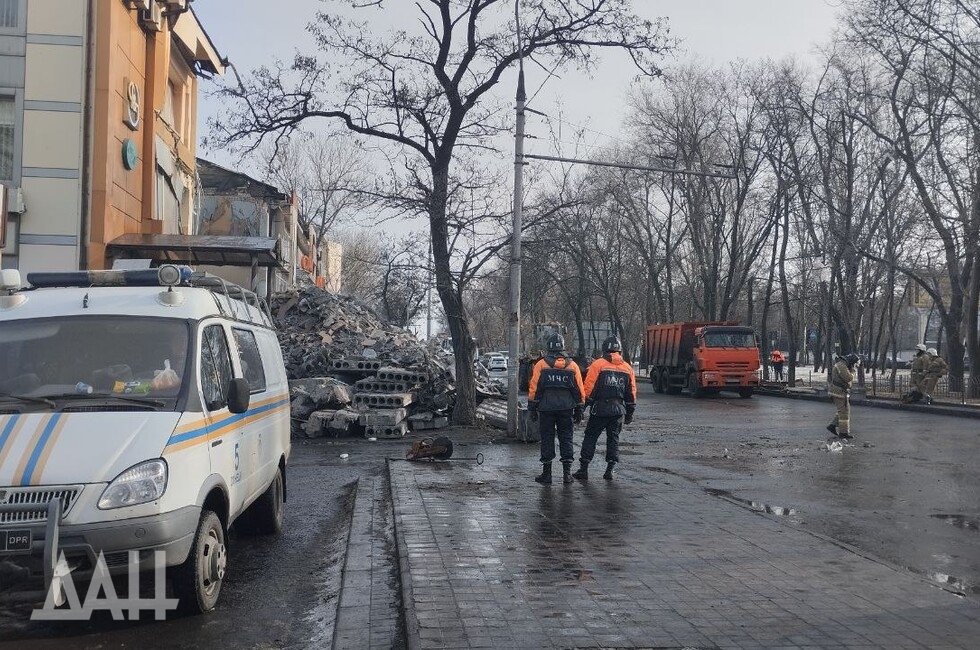 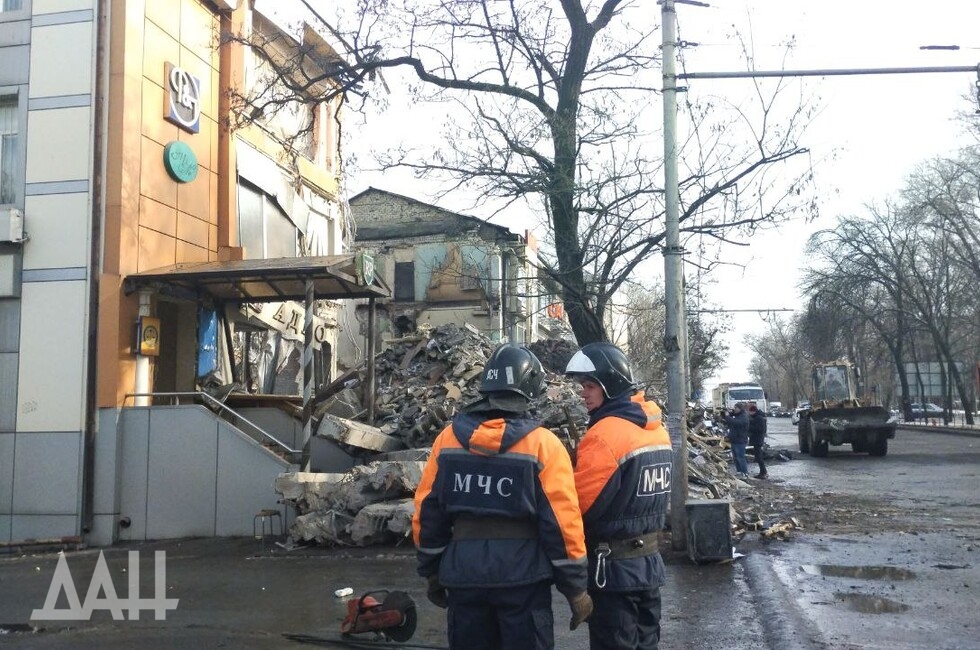 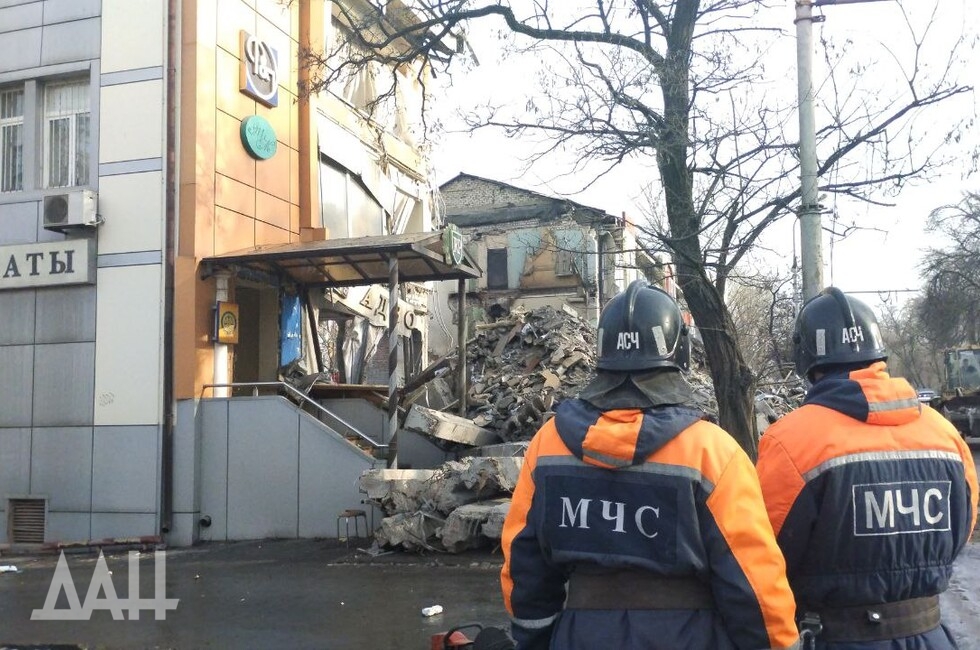 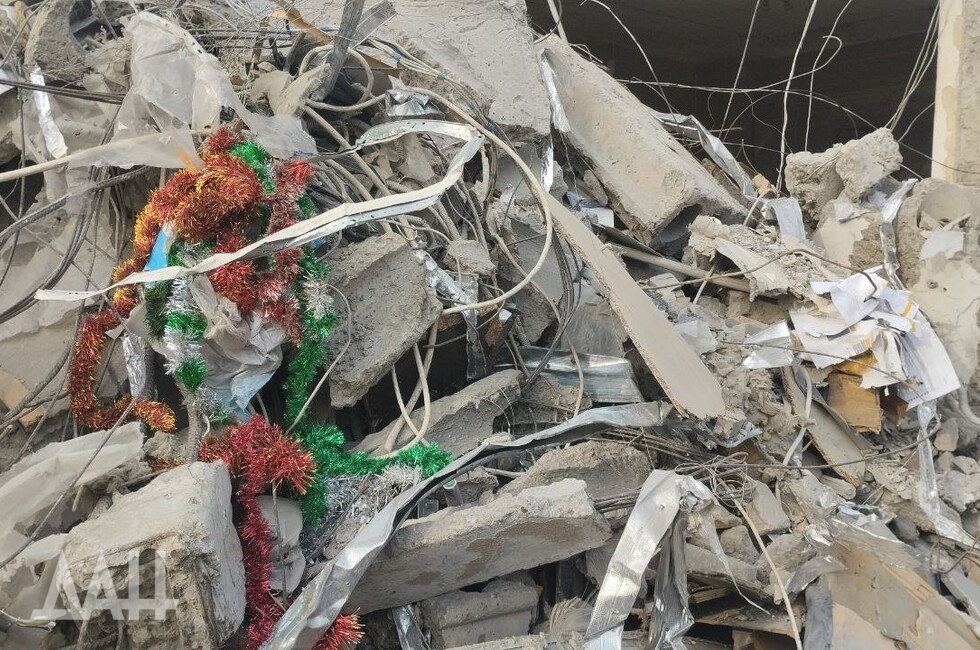 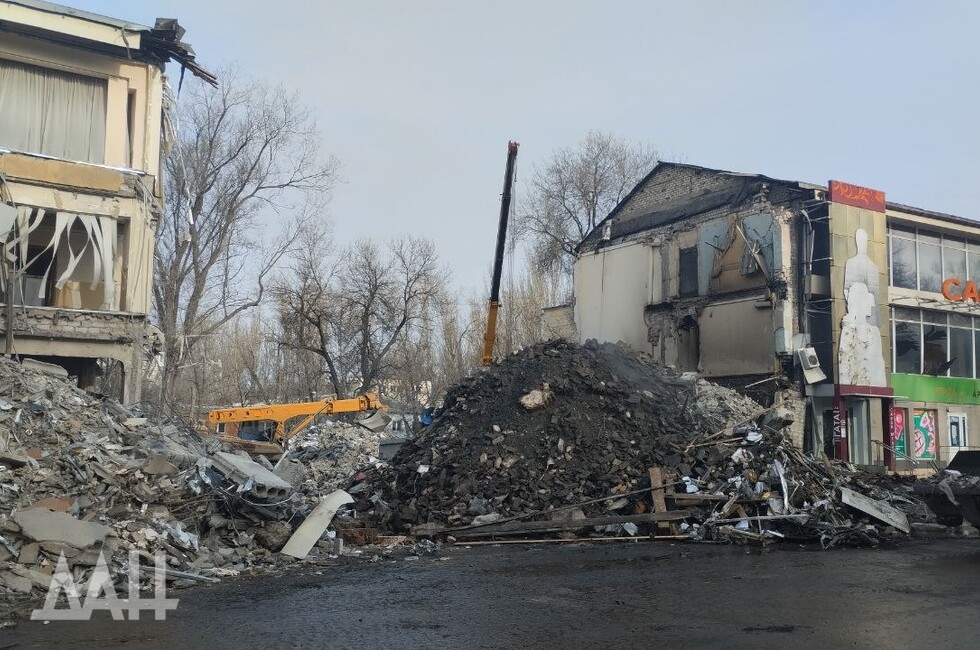 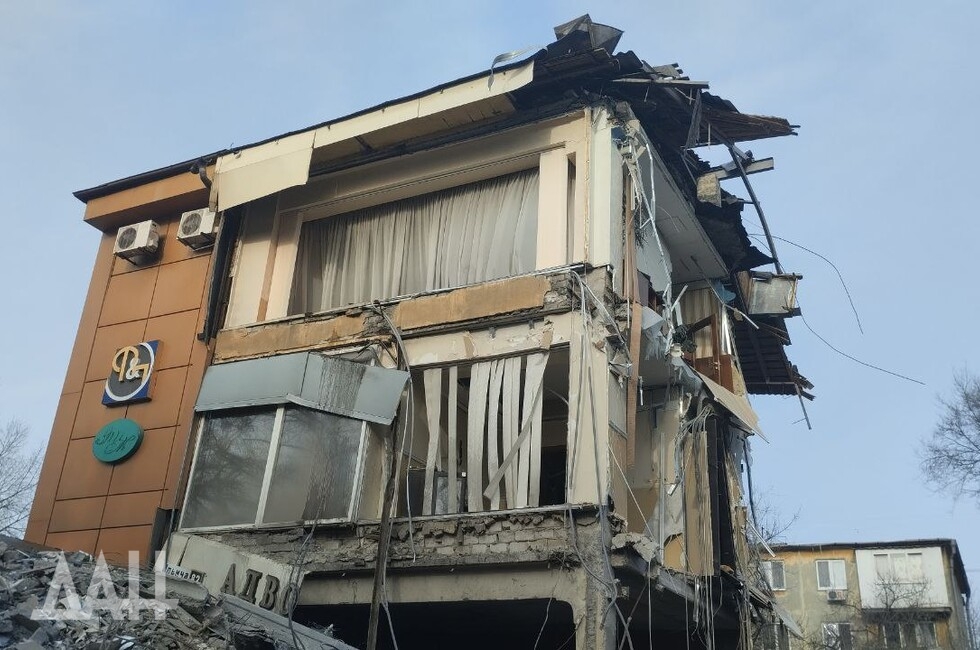 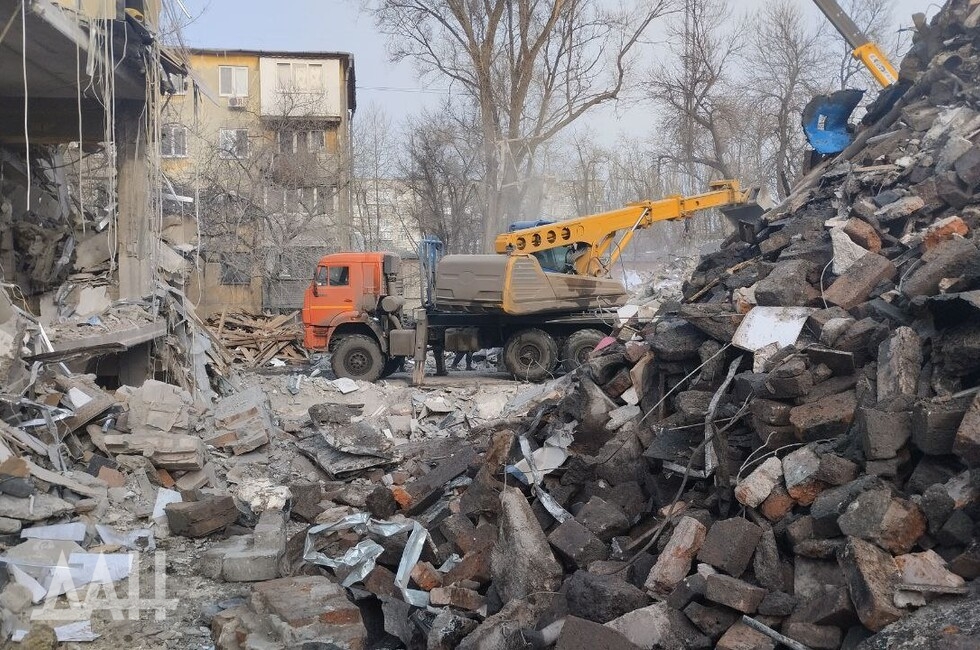 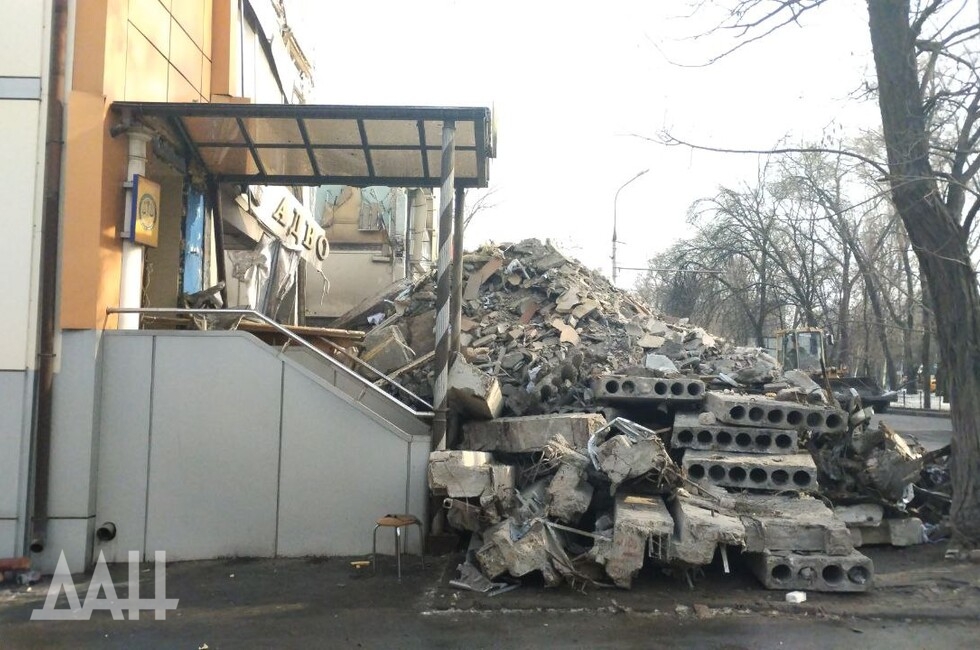 The bodies of three victims were found under the debris, the latest reports said. The street remains closed to traffic. Hundreds of tons of demolition waste lying around are yet to be removed from the area.

The tragedy occurred in Ilyich Avenue, one of the busiest streets in Donetsk. The targeted building accommodated a supermarket, a pharmacy, a gym, a lawyer’s office etc. Most of the businesses will never reopen at this address. Ukrainian forces fired a high mobility artillery rocket system at the building damaging neighboring apartment houses, a vehicle maintenance center, a distillery, several cars and road infrastructure. Three people were killed and another four were wounded in the attack.

The strike at the Donetsk district was delivered from the Kiev-occupied Kramatorsk, a responsibility zone of the Ukrainian army’s 81st Airmobile Brigade.*jk