Donetsk, Dec 7 – DAN. Over 10 thousand people are gathered in central Donetsk for a celebration of the Day of St.George's Ribbon, a symbol of Russia's victory over Nazi Germany in World War II. 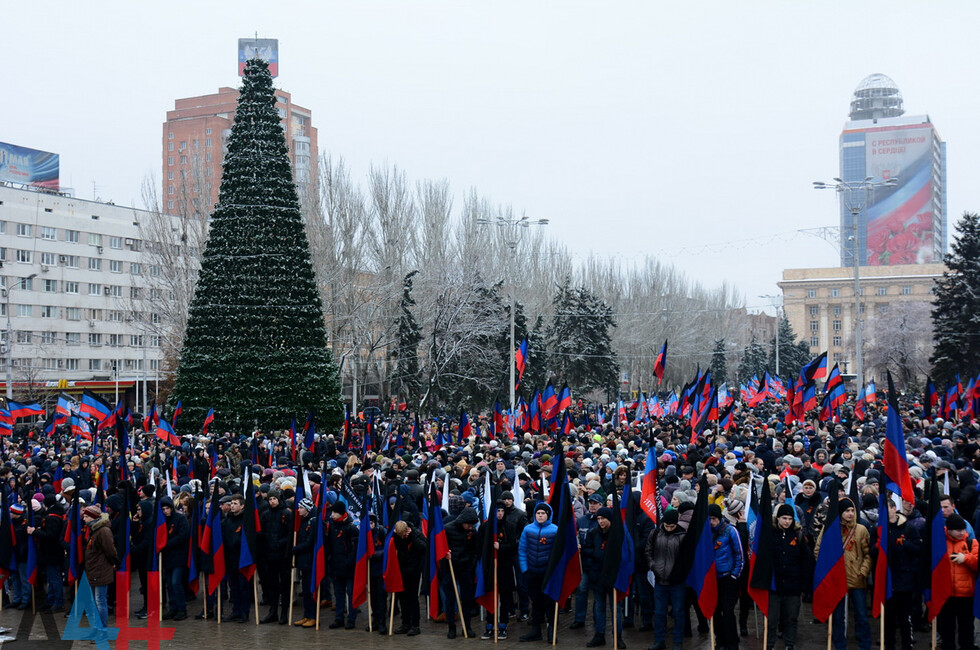 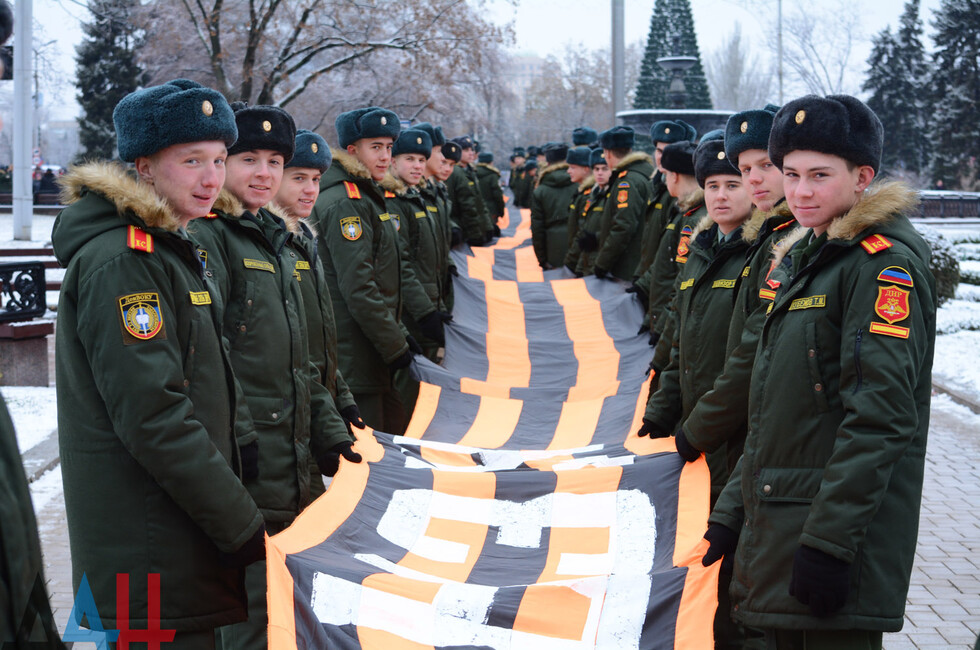 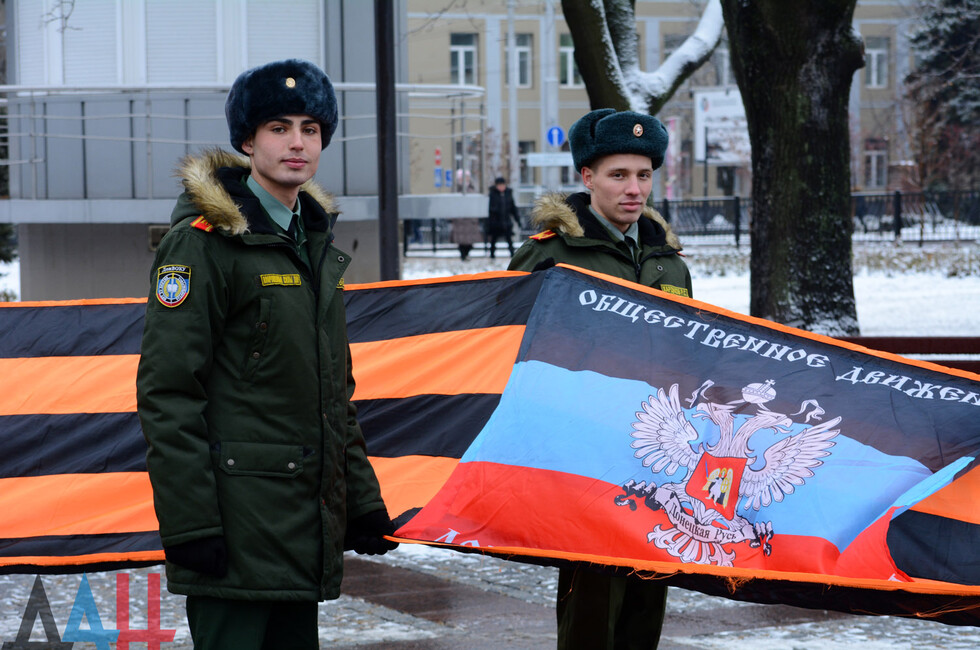 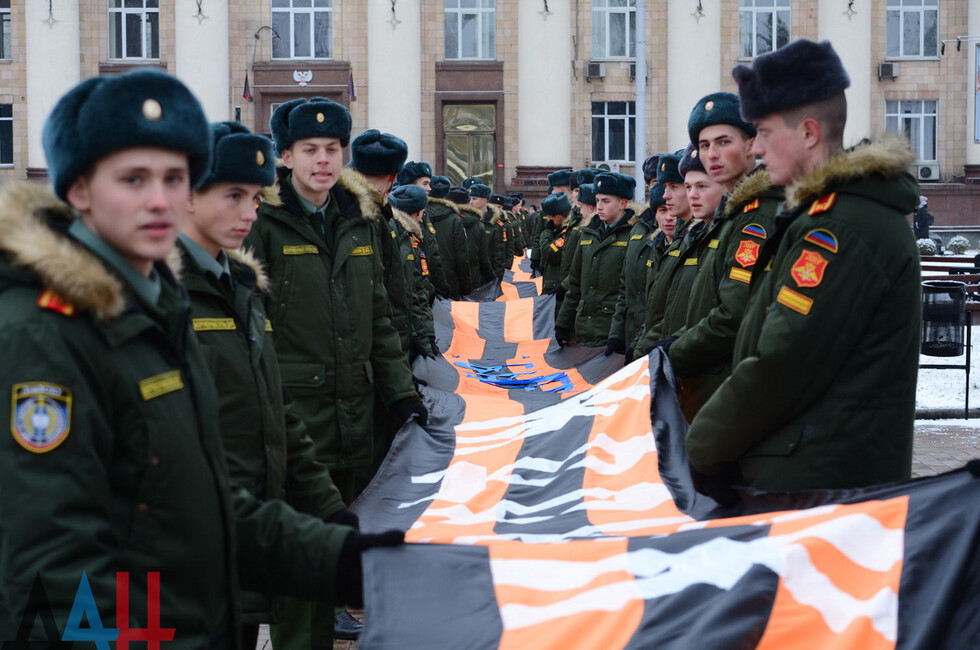 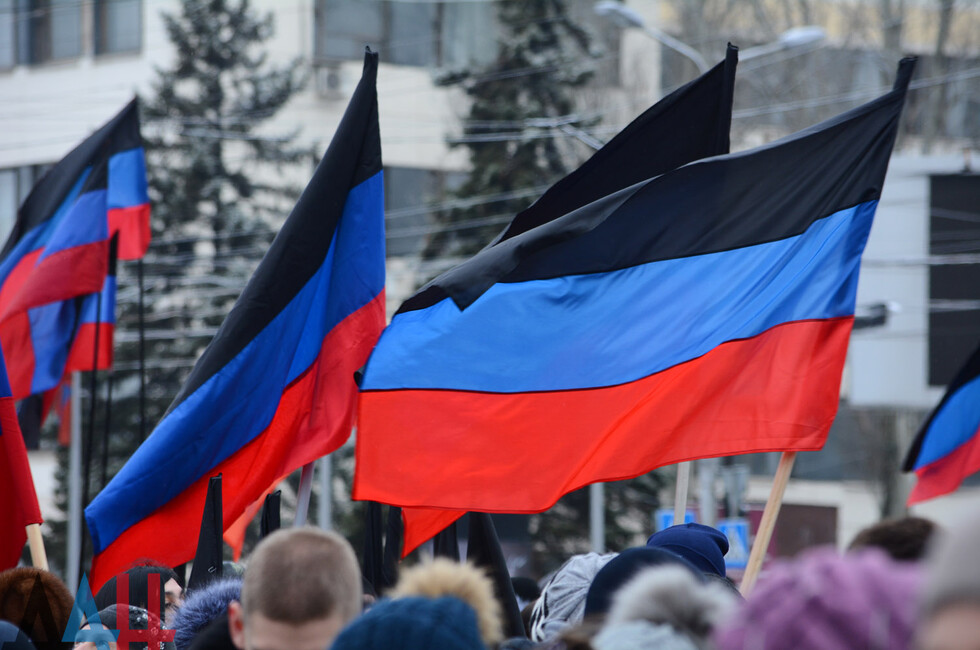 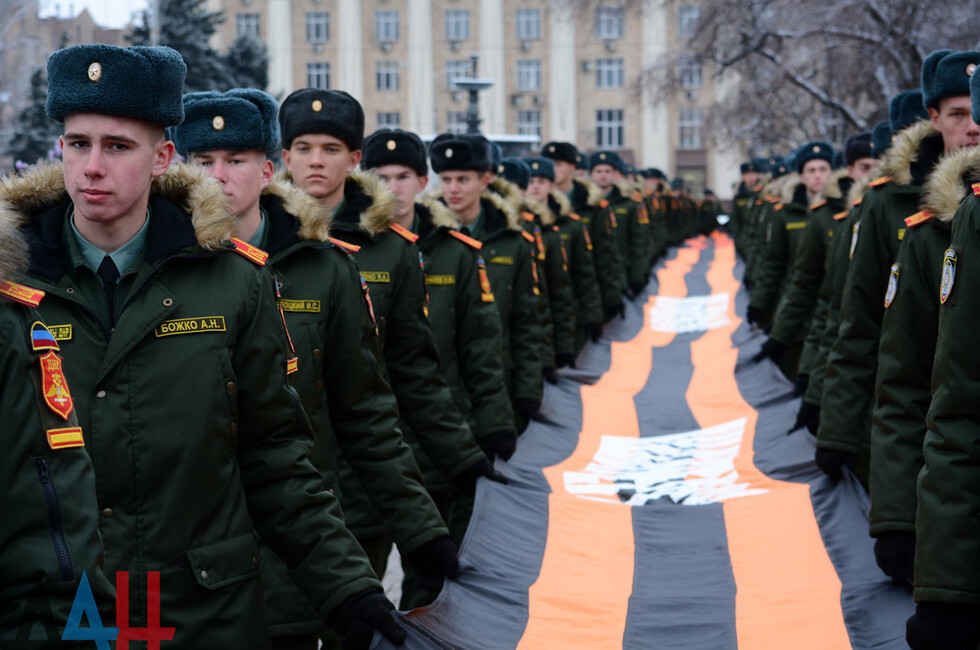 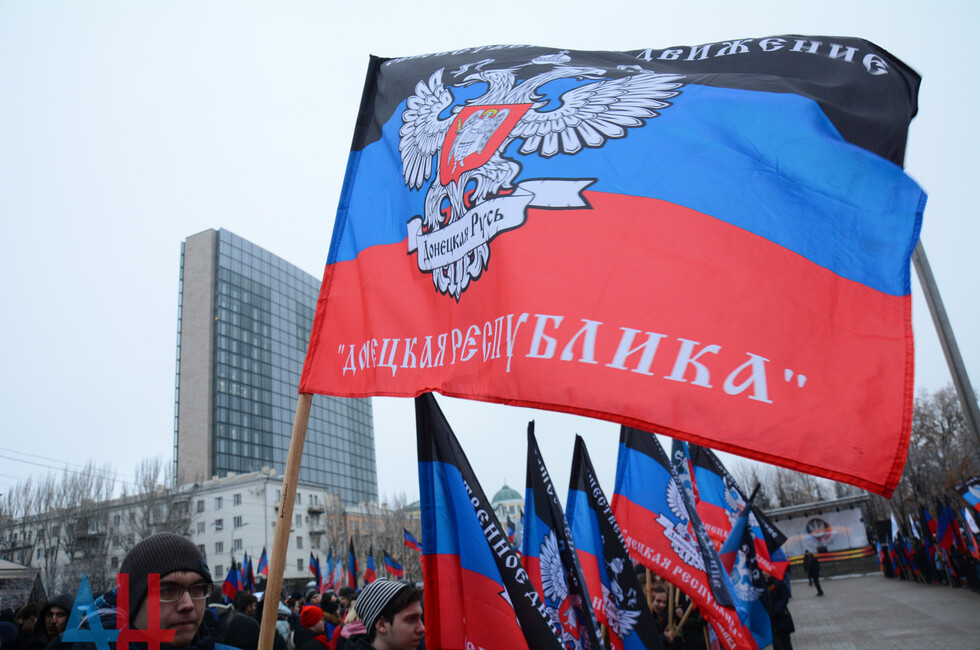 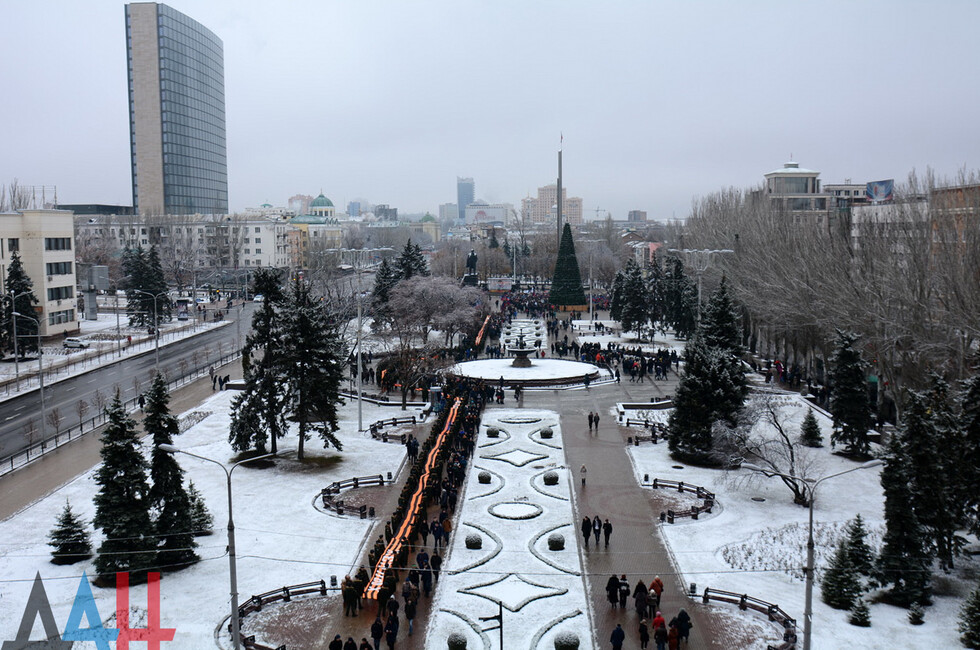 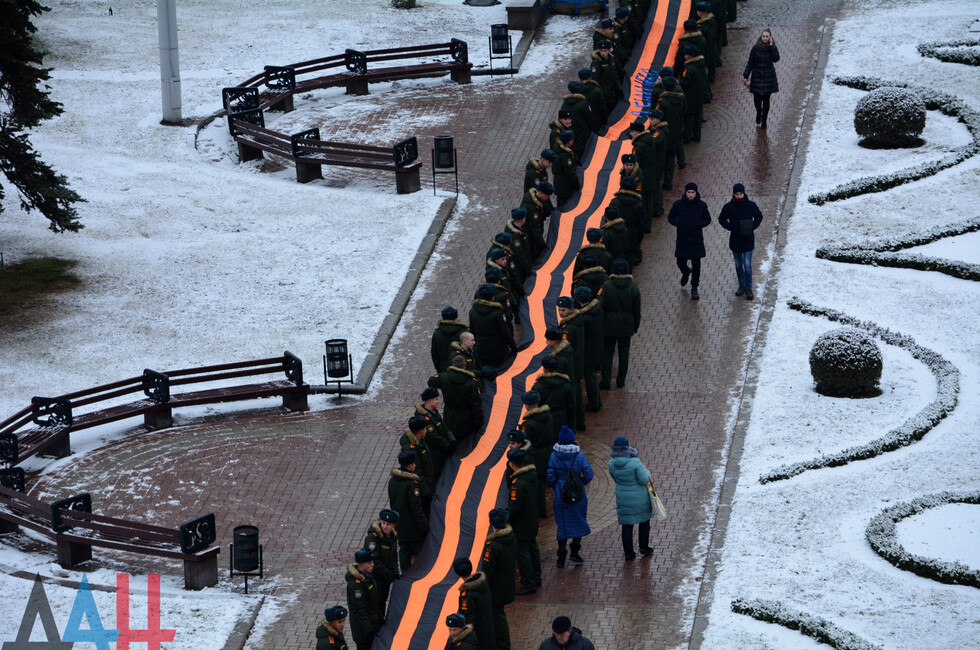 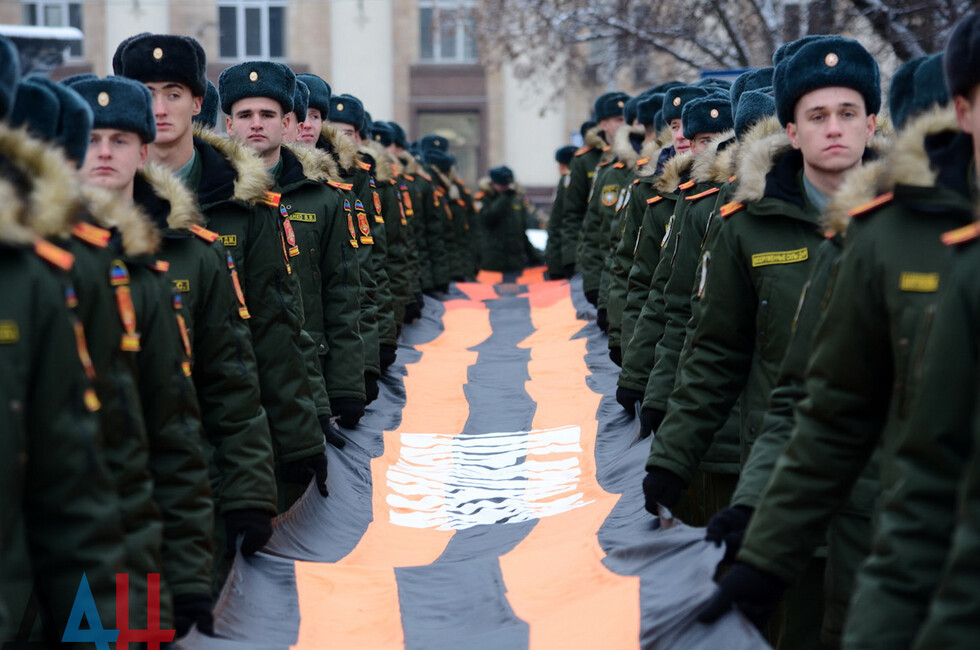 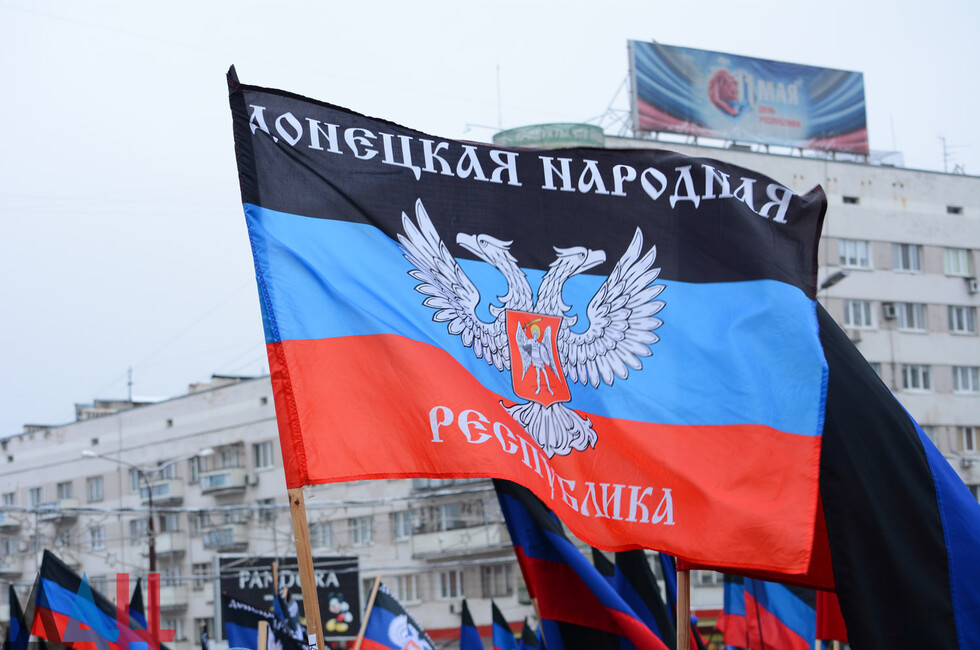 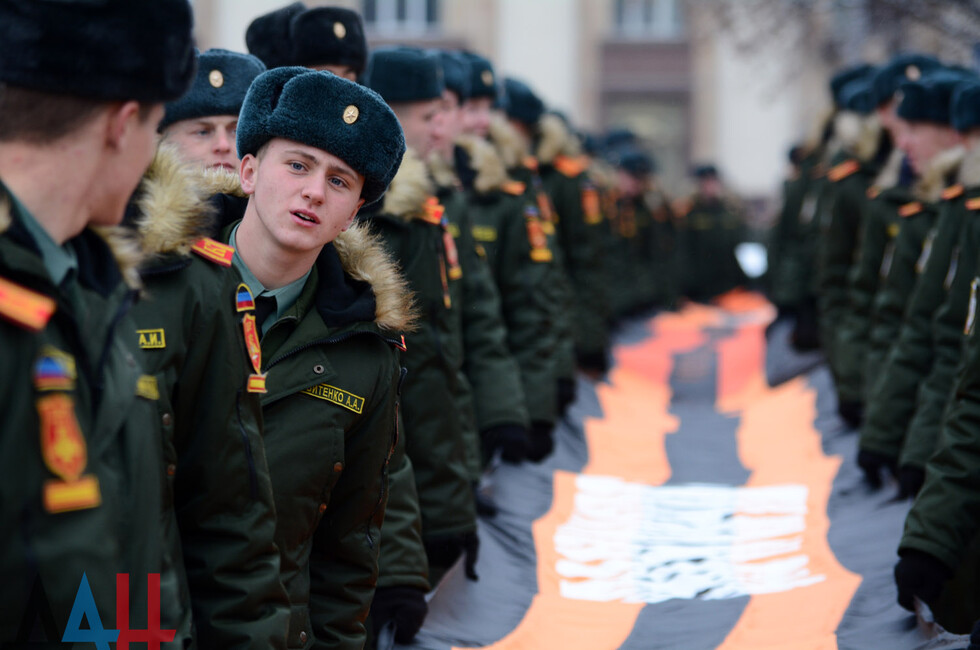 The black-and-orange ribbon of Saint George is adopted from a ribbon tied to the Order of Saint George, the highest battlefield award in Imperial Russia. The colors are believed to symbolized gunpowder and fire. In the Soviet Union it was used attached to some awards and elite “guards” units banners.

The DPR Head Denis Pushilin, representatives of the city authorities and activists of the Donetsk Republic social movement were in presence.

"The Ribbon acquired special meaning for us in 2014. Every strong state should have its symbols and we do have those. We have what to fight for, we have a long way to go, to overcome obstacles, and we shall cope with it," Pushilin said.
Cadets of the Donetsk Higher Combined Armed Forces Command School have spread the 300-meter long St.George's Ribbon made of 20 pieces manufactured in 2016. Artists of the Donetsk State Academic Music and Drama Theater gave a performance following the official celebration.*ot 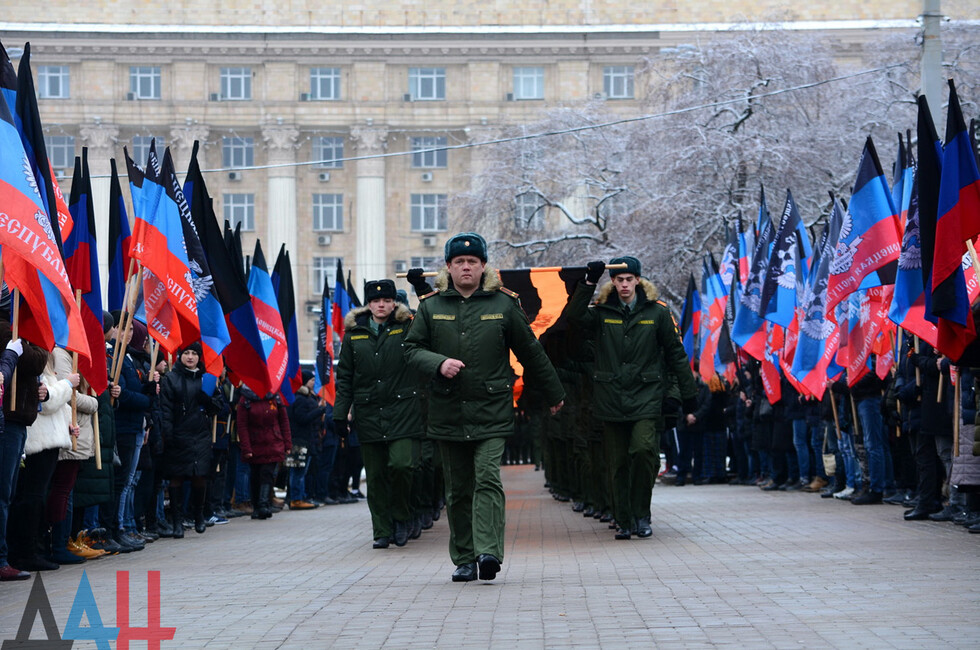 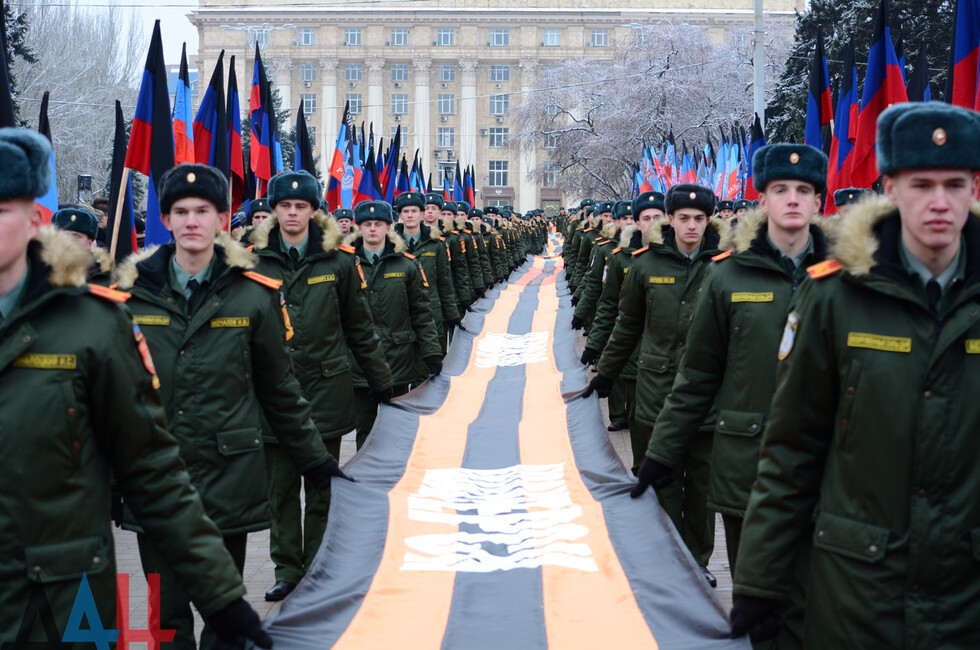 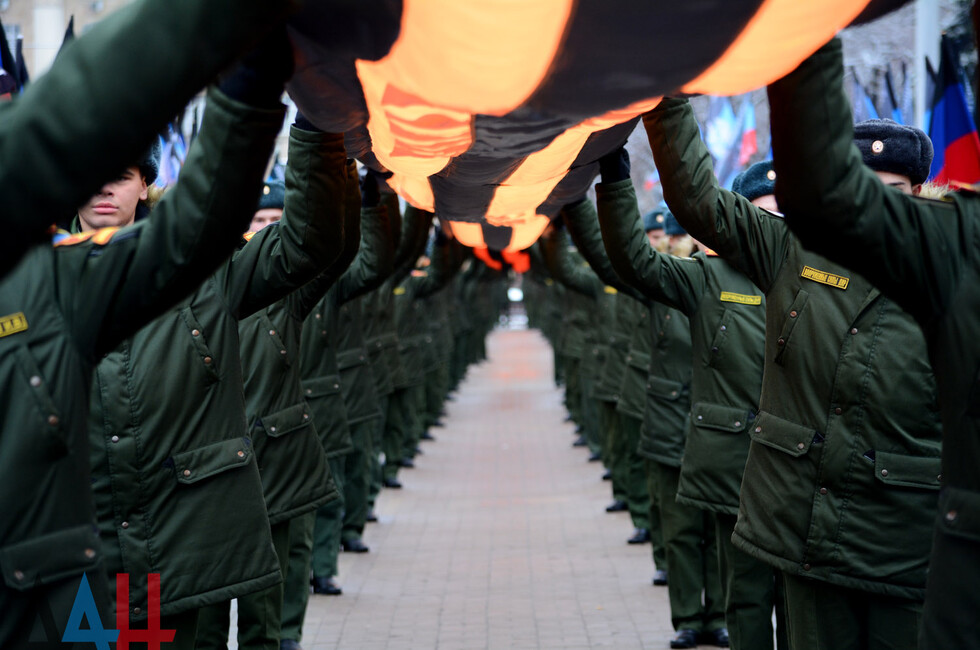 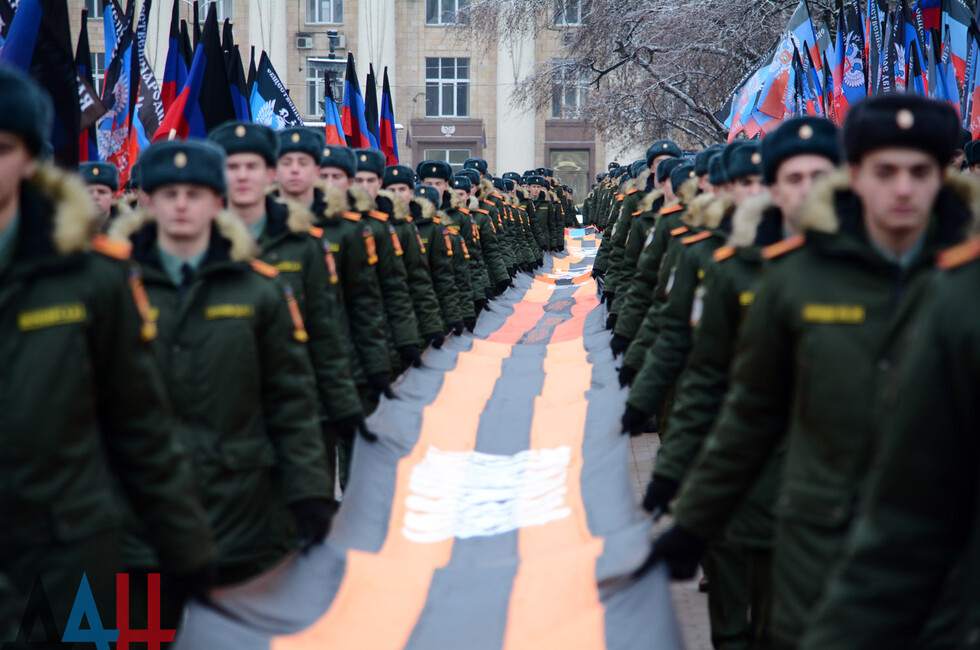 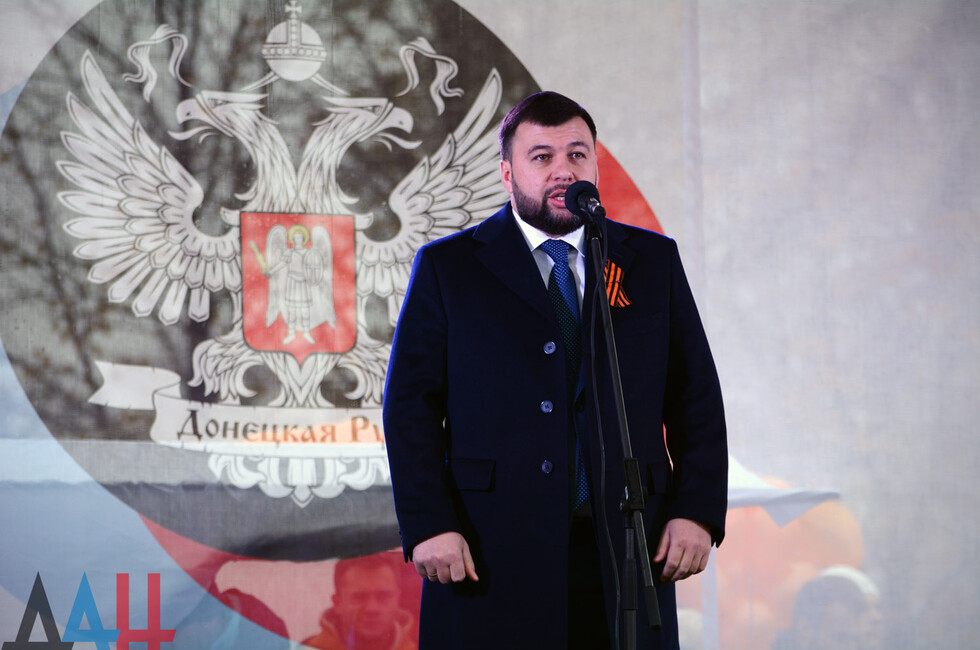 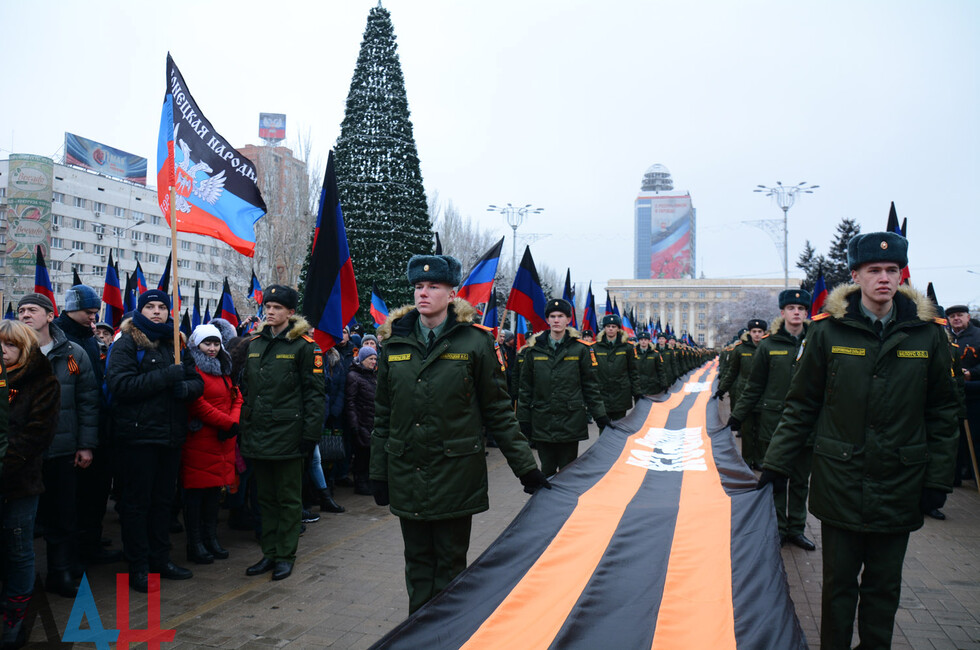 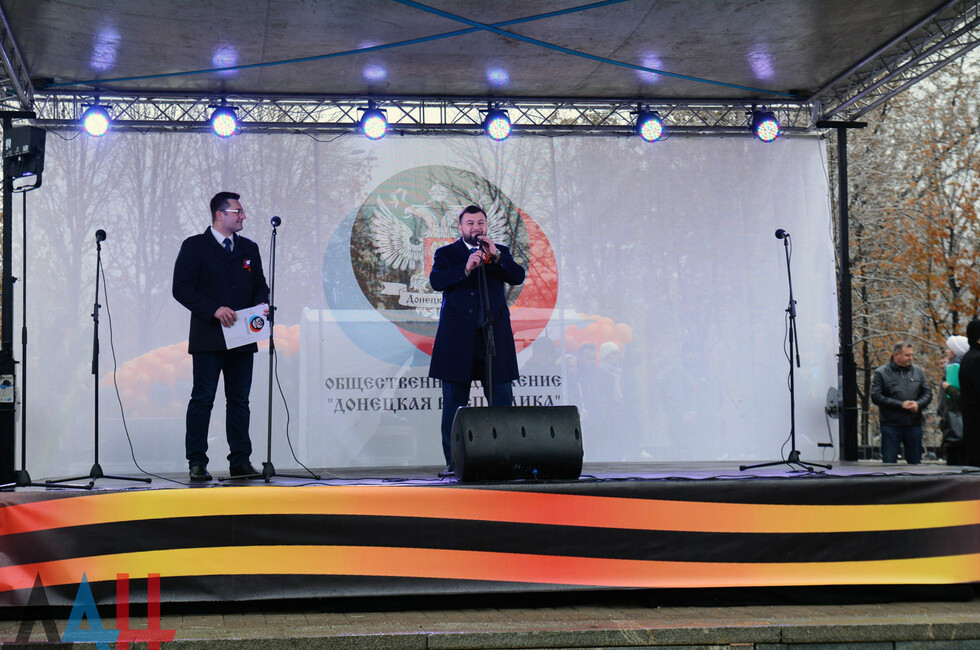 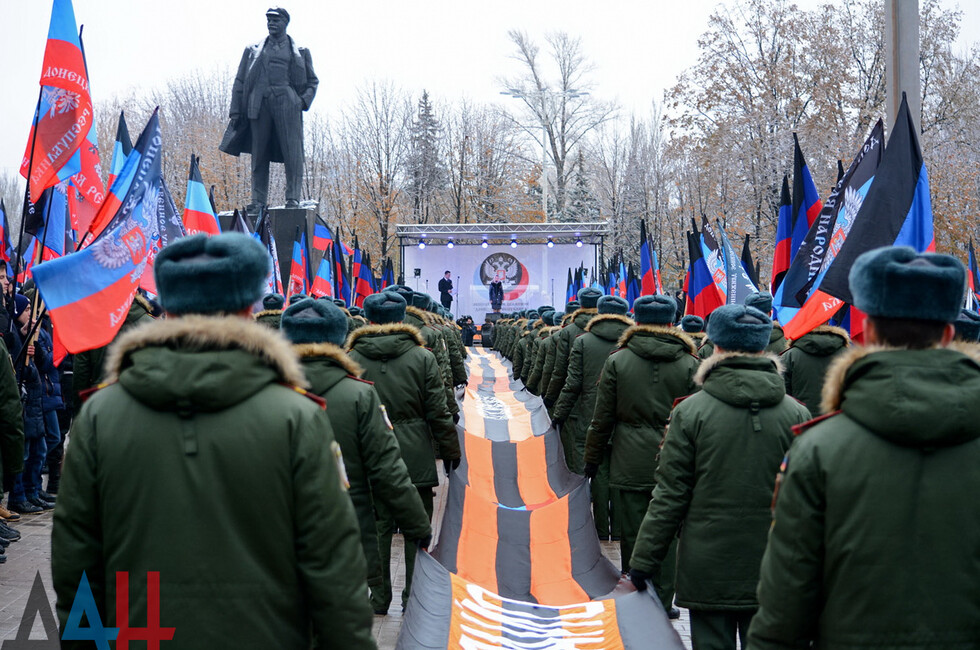 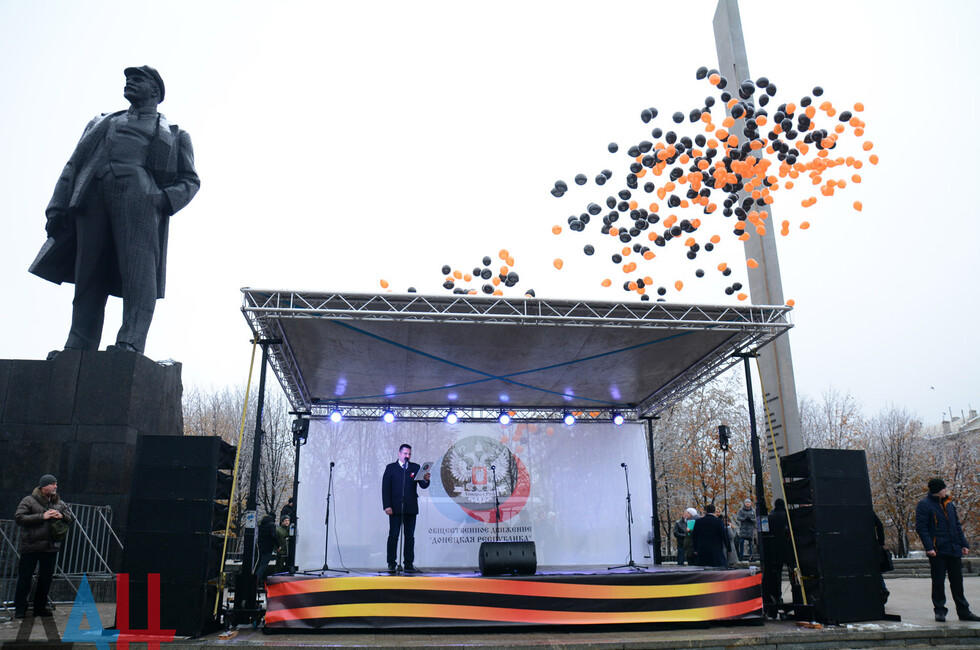