Donetsk, 15 Oct - DAN.  "We are sick and tired of the Ukrainian armed forces," "Ukrainian army and security services kill and capture people," read the signs that protesters hold in front of the SMM office in Donetsk.

The crowd of about 100 people streamed to the city centre Friday morning to rally against mission's silence following the abduction of an LPR officer in the JCCC by an armed Ukrainian reconnaissance squad in the "grey zone" of the Zolotoye settlement. 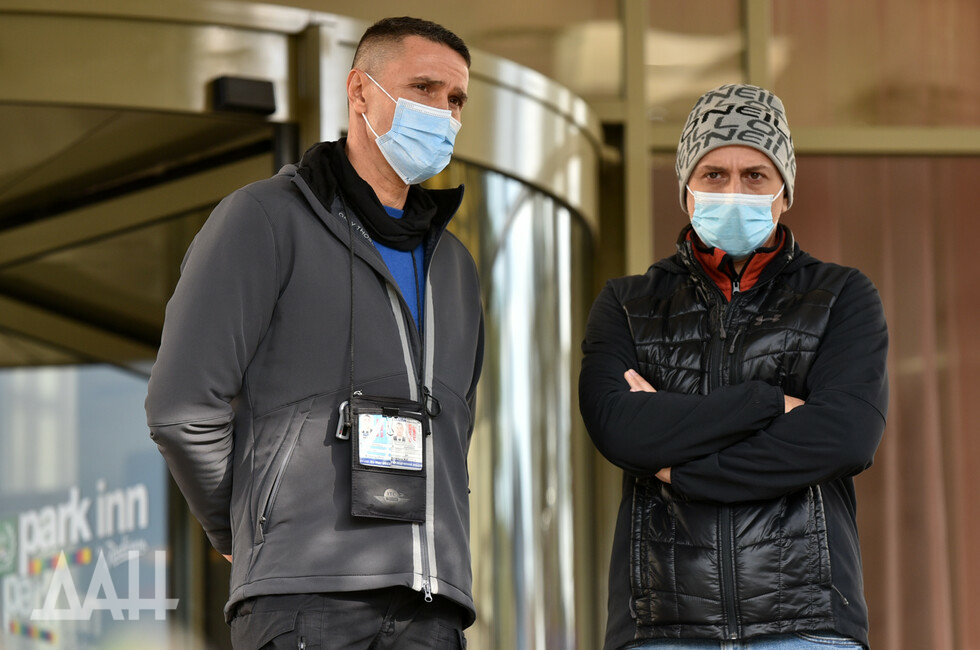 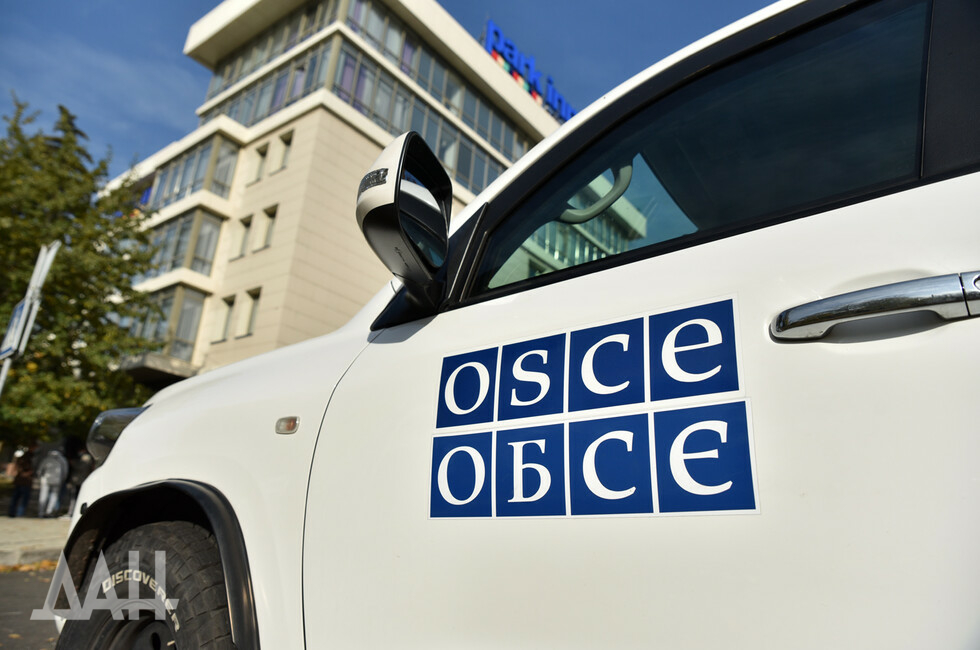 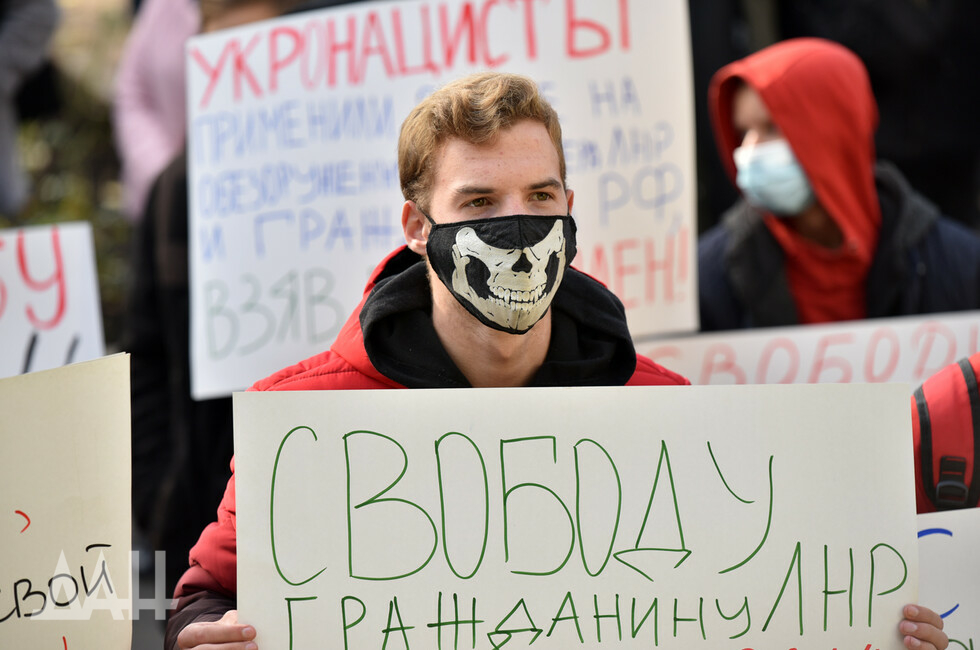 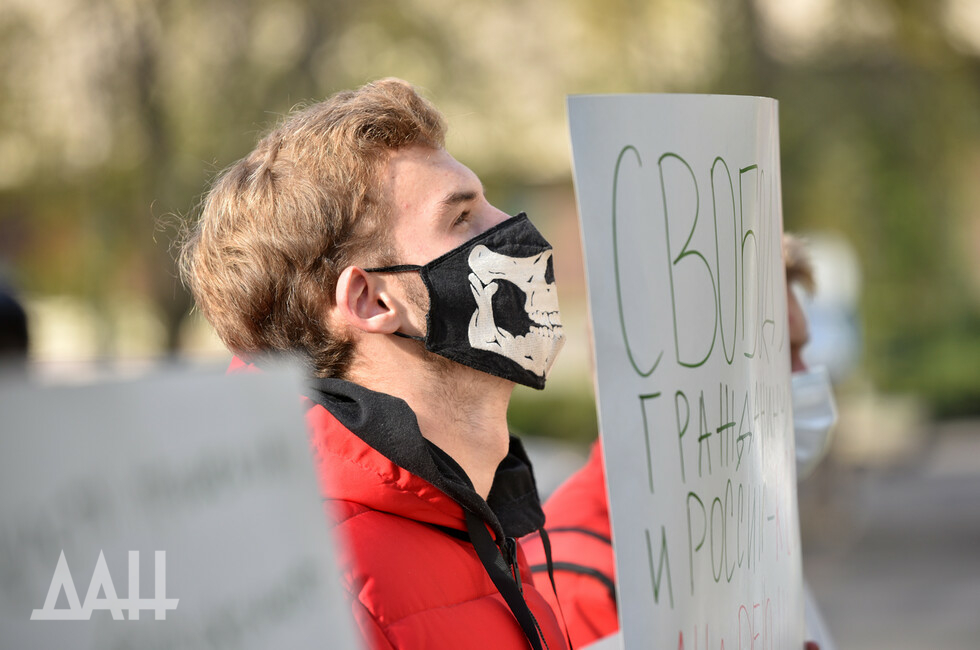 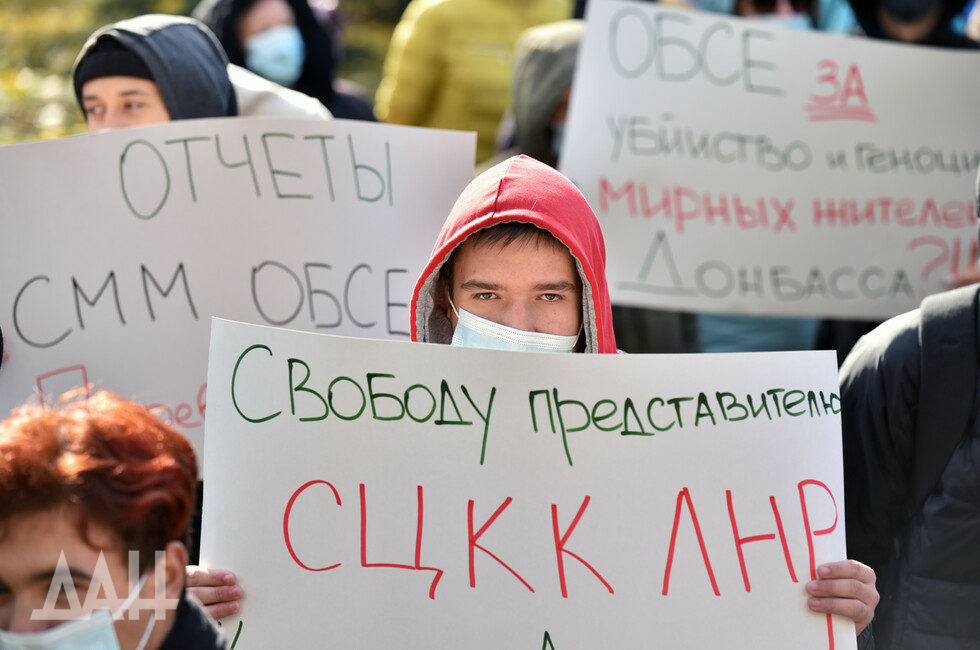 Demonstrators gathered under the warm sun right at the entrance to the Park Inn hotel at the Pushkina Blvd, where the international monitoring mission is based, to demand that its members assist in liberating officer Andrey Kosyak.

"He was performing his duties, monitoring the situation, he was not a threat to anyone, but he was kidnapped by a Ukrainian DRG," says Michael, using an abbreviation that has become a household phrase in the war-torn region as it stands for saboteur and reconnaissance squads so often used by Ukrainian army to perpetrate attacks in the frontline areas. 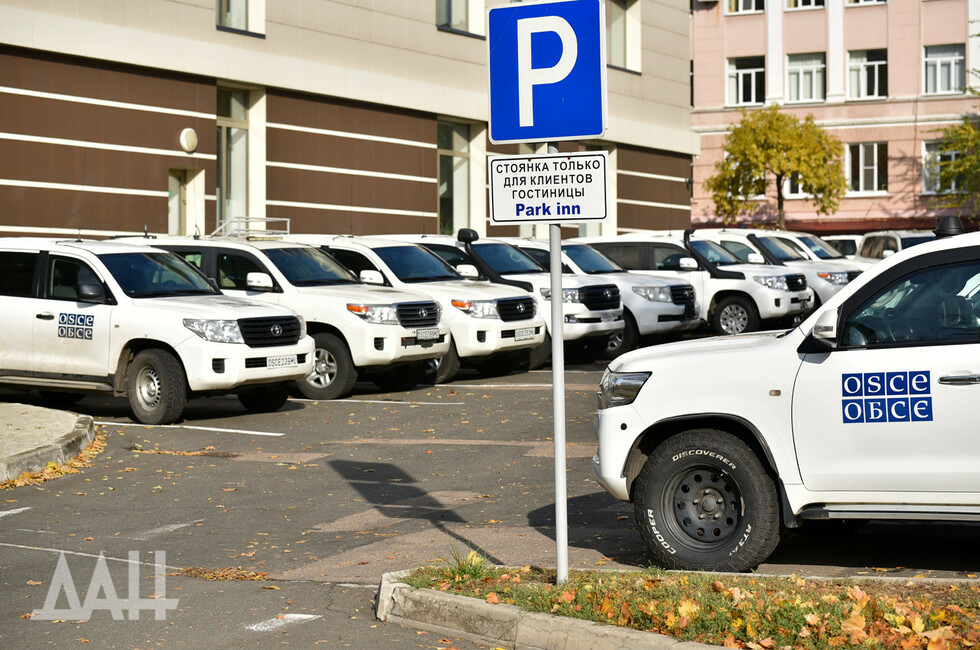 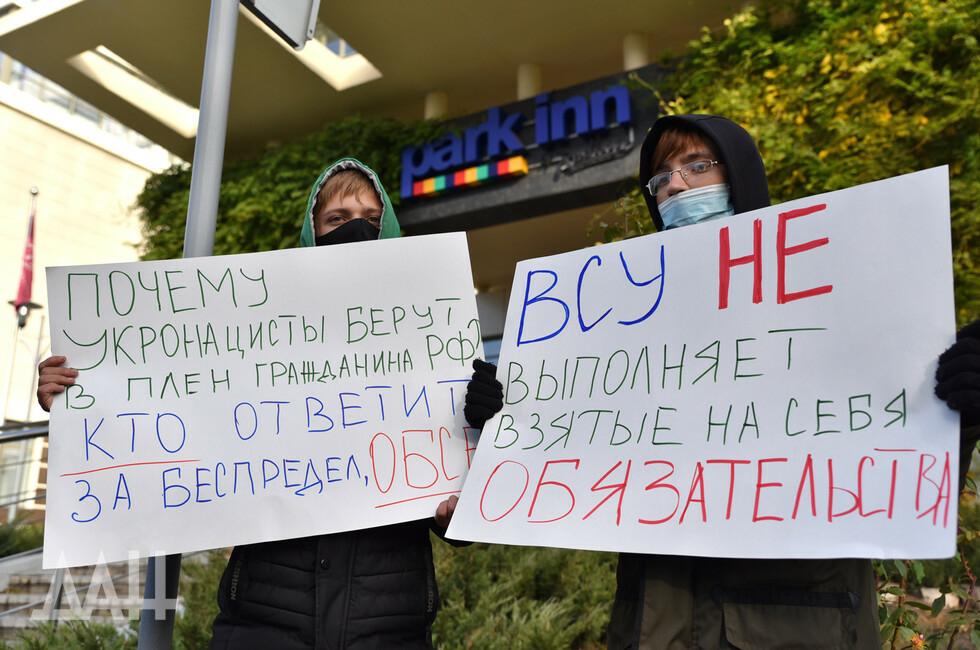 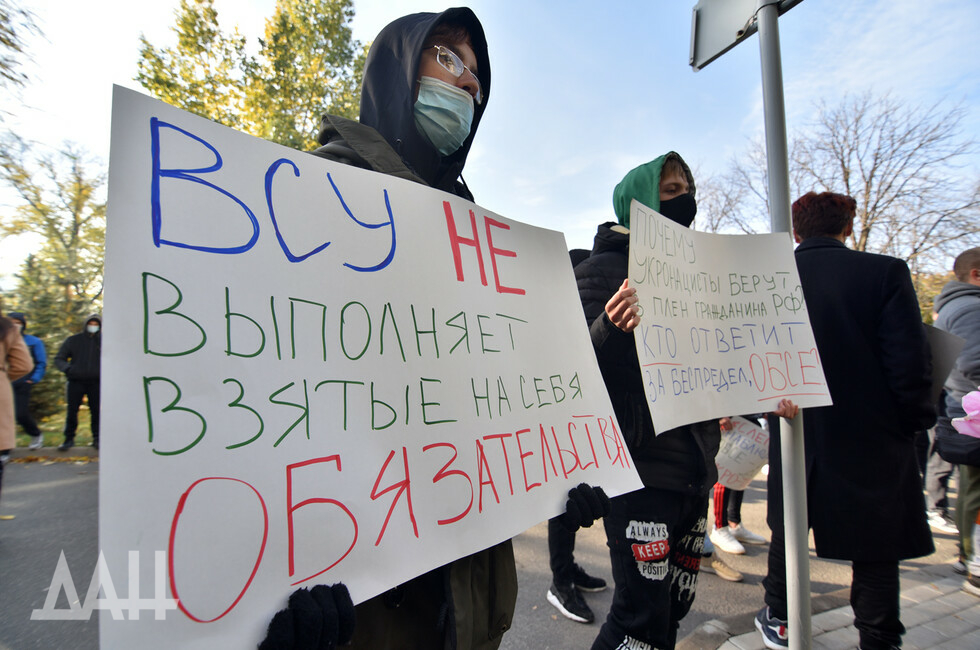 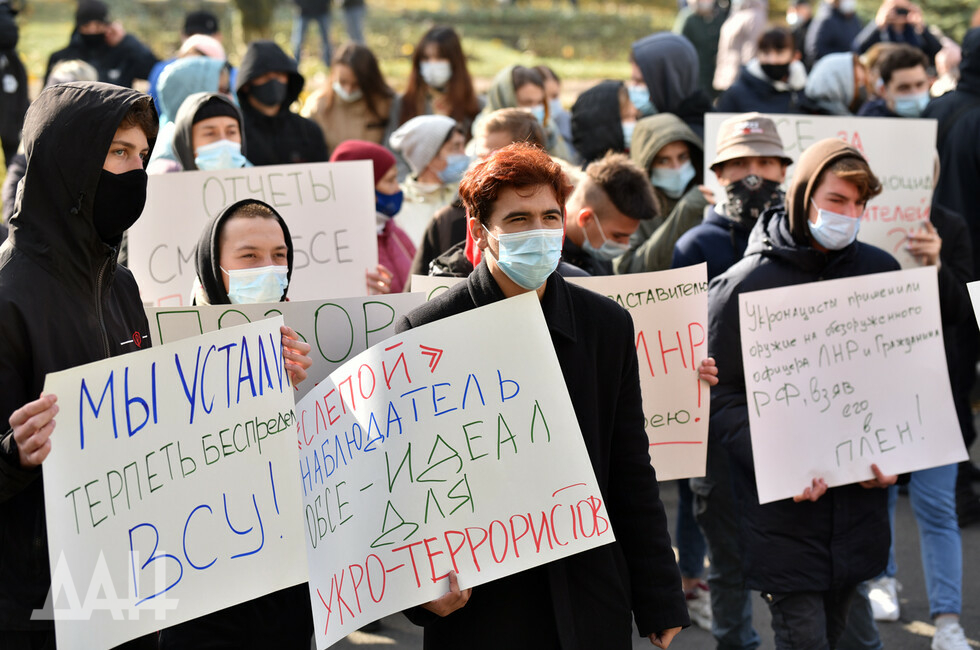 "They must react to this act of Kiev and demand Andrey's liberation. After all, he is their colleague, he is also a monitor, he was not going to attack anyone, He was treated so despicably. The OSCE must show courage and condemn Kiev's actions," said Irina, of the Petrovskiy district in Donetsk.

The mission has not responded so far, some of its members silently observing the crowd and signs calling on them to do something. *ot